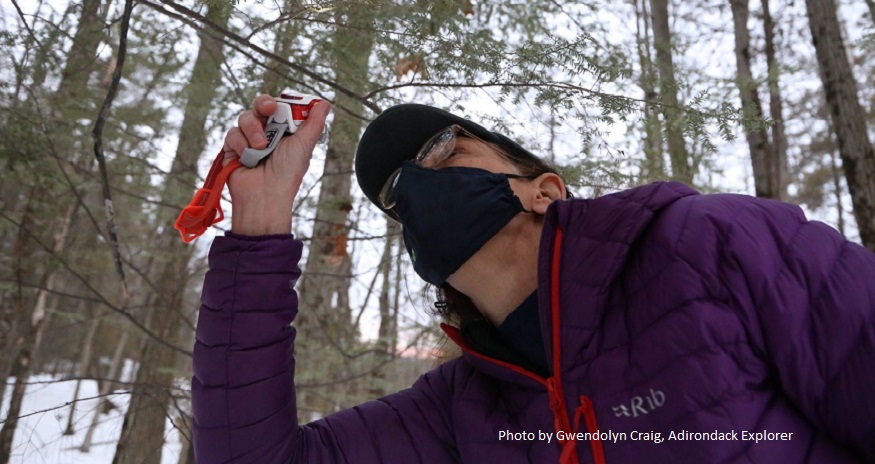 "A partnership of organizations is asking for the public’s help to search the Lake George area for hemlock woolly adelgid, an invasive bug that kills one of the area’s most prolific and iconic trees."

A citizen scientist found the invasive insect, originally from Asia, on the eastern shores of Lake George last summer. Surveys show it has spread to around 250 acres. The state Department of Environmental Conservation has reported findings of the adelgid near the Shelving Rock Special Management Area, Buck Mountain Trailhead, Dome Island and Glen Island Campground where it was first reported in August.Tammara Van Ryn, manager of the Adirondack Park Invasive Plant Program, said a private landowner on the southeastern shore of Lake George has also confirmed woolly adelgid on their property.

Using a custom-created trail map, the groups hope volunteers will survey specific trailheads on public lands. The effort is ongoing through April 15. It stops at that time, Van Ryn said, because the adelgid’s life cycle around that time turns into a very hard-to-see crawling stage. They do not want volunteers to inadvertently spread any tiny hitchhikers. For those interested in participating, please see the survey protocol linked here. The survey map on public lands can be view at bit.ly/adkhwahunt. The Adirondack Park Invasive Plant Program also hosted two workshops on hemlock woolly adelgid and how to identify it.