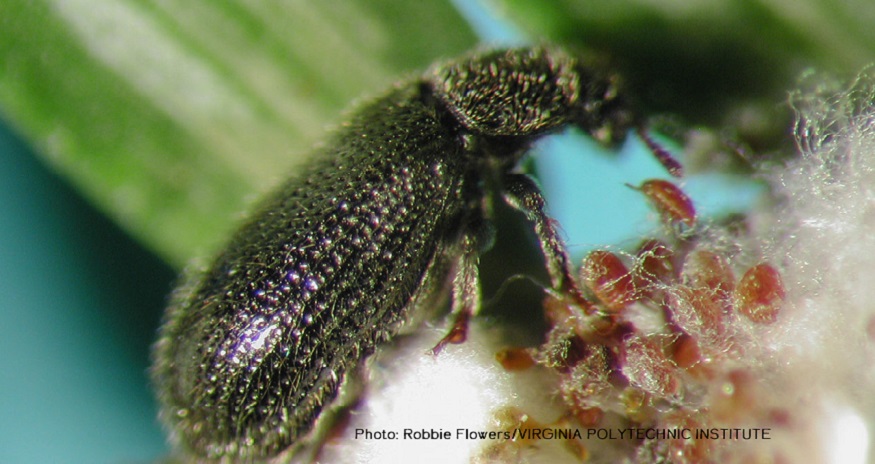 Chad Arnold, November 17, 2020
A new weapon has been deployed in the fight against hemlock woolly adelgid in the Lake George basin: a predatory beetle that feeds on the invasive insects.
Mark Whitmore, an entomologist with Cornell University’s New York State Hemlock Initiative, released 620 laricobius nigrinus beetles last month near Paradise Bay in the hopes of curtailing the spread of woolly adelgid.

The beetles are native to the Pacific Northwest and feed on hemlock woolly adelgid, which threatens the life of thousands of eastern hemlock trees found throughout the Lake George basin. The Adirondack Explorer magazine first reported the beetles’ release.
“In my mind, it’s a long-term solution for managing adelgid populations,” Whitmore said. “It’s not going to wipe them out, but hopefully it will keep the populations to a level at which they will not damage the trees.”

The beetles are a form of biological control and for years have been vetted by federal researchers and private scientists, like Whitmore, to ensure they would not disrupt the ecosystem before being released.