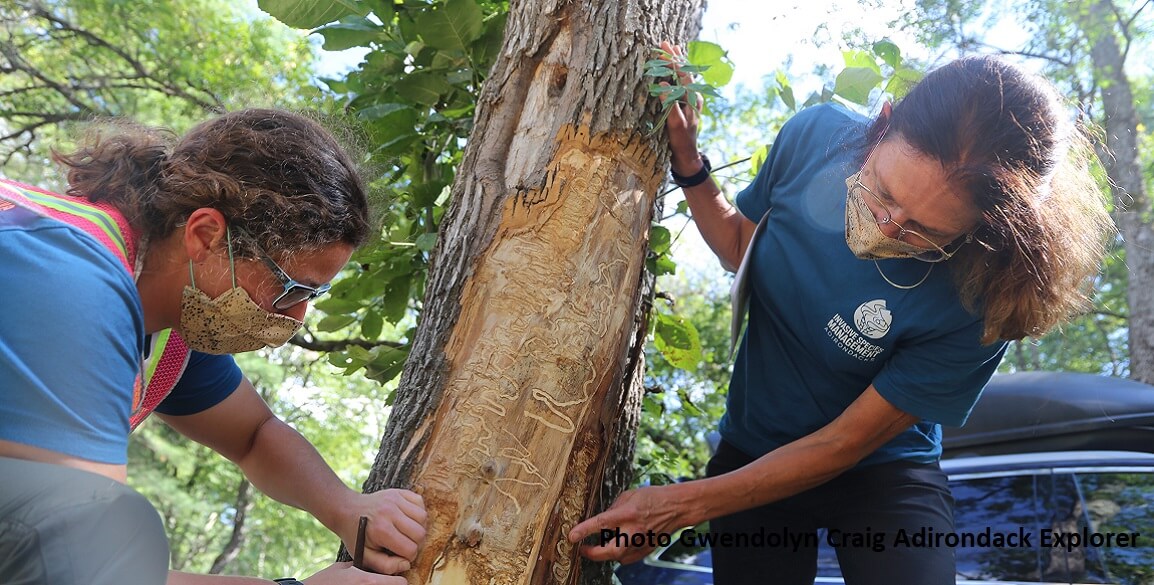 The invasive bug has been documented all around the outskirts of the Adirondack Park, but this is the first time the state Department of Environmental Conservation has confirmed an infestation within the park.

State Department of Transportation employees identified the infected trees at the Warren County Canoe Launch on the Schroon River, according to a DEC news release. Adirondack Explorer is still waiting for more information from DEC about how many trees were infected and what mitigation strategies the agency might be using.

Tammara Van Ryn, manager of the Adirondack Park Invasive Plant Program, said her organization is assisting DEC in surveying the site and determining how widespread the damage is.

“Sadly, we cannot turn back the clock and stop Emerald Ash Borer from entering the Adirondack Park,” Van Ryn said in a news release.