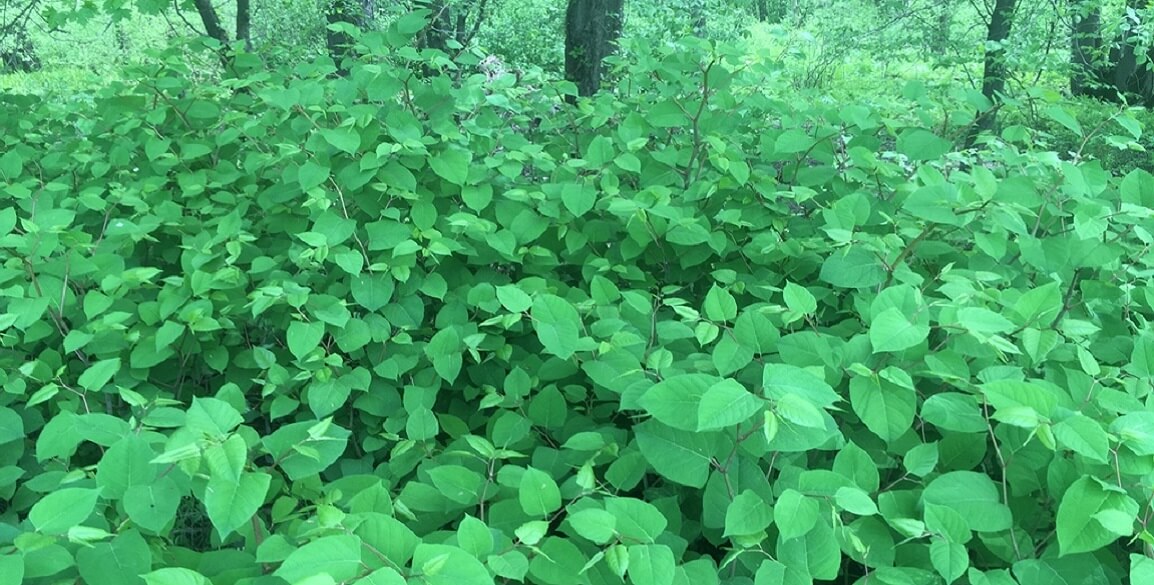 After extensive testing and review by federal agencies, in March of this year, an insect native to Japan called the knotweed psyllid (Aphalara itadori) was approved for release in the United States as the country’s first biocontrol agent for Japanese knotweed.

This sap-sucking insect was released in New York State on June 10 by Dr. Bernd Blossey and colleagues from Cornell University. A week after releasing the 2,000 A. itadori adults at two locations in Tioga and Broome counties, the researchers found the insects had successfully laid eggs. The releases in NY are part of a nationwide effort with similar releases made in Rhode Island, Massachusetts, West Virginia, North Carolina, Oregon, and Washington State.