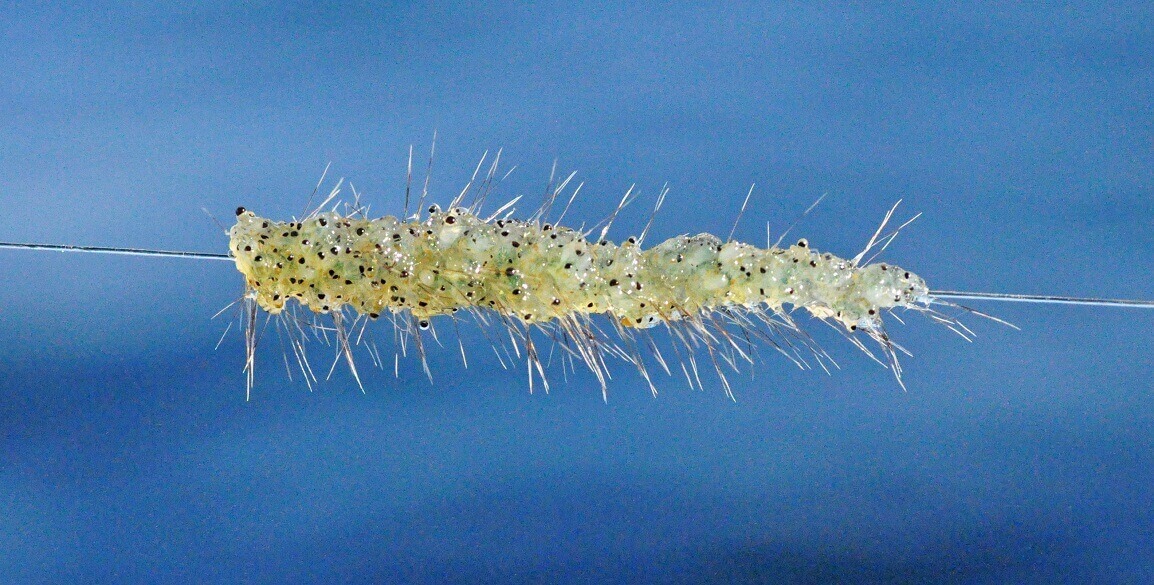 Keene Valley, NY (August 23, 2016) – Spiny waterflea, an invasive zooplankton, continues to spread in the Adirondacks. First discovered in Great Sacandaga Lake in 2008 it has quickly spread into at least eight other lakes in the region. Most recently, a new population was detected in Indian Lake in Hamilton County. Up until this detection, Indian Lake was considered to be the Adirondack’s largest invasive free lake. It was reported to the Adirondack Park Invasive Plant Program (APIPP) on August 8, 2016 by a Paul Smith’s College Adirondack Watershed Institute (AWI) boat launch steward. An angler, who was fishing in a deeper section of the lake, collected the spiny waterflea on his fishing line. Because of its long spines, it can get easily caught on fishing line, especially on down-rigor lines, that are used to fish in deeper water.

The spiny waterflea, native to Europe and Asia, ranges in size from 1/4 to 5/8 inch long as an adult; about the width of your pinky finger. They feed on other native zooplankton that young fish rely on for food. This can lead to less food that has lower nutritional value for popular Adirondack sport fish such as lake trout and salmon. As a replacement, spiny waterflea are not a good food for young fish. Their long spines make them both difficult to consume and digest. In addition, spiny waterflea can pose a nuisance to anglers who constantly have to remove them from fishing lines and the clogged eyelets of their fishing rods. Often, this ability to attach to fishing line and boating equipment, is what allows spiny waterflea to hitch a ride to new lakes. The species can also be easily transported in the standing water of boats and bait buckets. Even out of water, spiny waterflea and the small eggs located on its back can survive for several hours.

There are no known controls for spiny waterflea once they are introduced to a lake, which is why prevention is key for this and numerous other aquatic invasive species affecting the Adirondack region. Jaime Parslow, the AWI steward who collected the spiny waterflea specimen from the fisherman, highlights the importance of an informed and engaged citizenry, “The public outreach and education performed by boat launch stewards have made fishermen more aware of aquatic invasive species and how they are spread. This is demonstrated by this particular fisherman who properly notified us of something suspicious on his fishing line. I am sad that spiny waterflea has been introduced into one of the Adirondack’s most cherished lakes, but because of this story, we will be able to further educate and alert boaters and anglers about the significant threats posed by aquatic invasive species, and hopefully prevent their further spread into other Adirondack lakes.”

To prevent the spread of spiny waterflea and other aquatic invasive species, it’s important to follow a recently adopted New York State law requiring boaters to clean, drain and dry gear and watercraft between waterways. It is easy to comply by following these simple steps:

Dry: Allow boats and equipment to completely dry for at least five days.