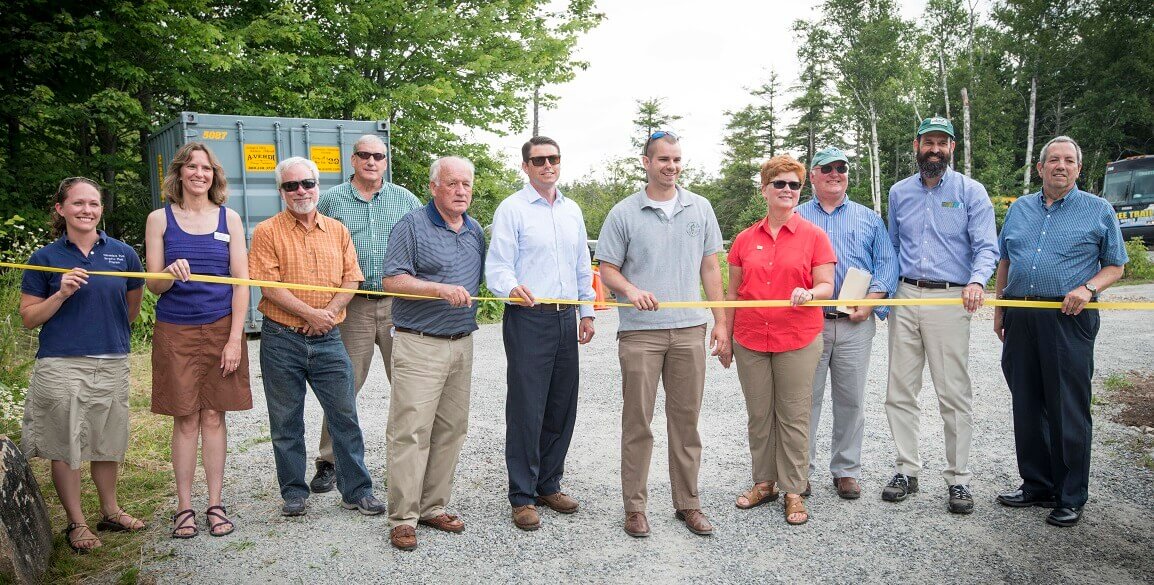 Keene Valley, NY (May 4, 2016) - Today, the Adirondack Aquatic Invasive Species Prevention Program Advisory Committee applauded Governor Cuomo for his continued leadership in addressing one of the greatest threats to the ecological and economic health of the Adirondack region. The Governor’s recent announcement of $985,000 in Environmental Protection Fund Grants for aquatic invasive species (AIS) prevention in the Adirondacks marks a major milestone in the effort to protect the nearly 3,000 lakes and ponds and 30,000 miles of rivers and streams that define the region. Comprised of conservation groups, educators, lake associations, and government officials (see list of members below), the Advisory Committee was formed to develop and coordinate the prevention program across the more than six-million-acre Adirondack region.

With diverse involvement and growing financial support, the Adirondack AIS Prevention Program provides a working demonstration where both the process and program can serve as a model of what will be required to prevent aquatic invasive species from permanently degrading natural waterways closely tied to the region’s economic health.

Adirondack Park Invasive Plant Program (APIPP) and Advisory Committee coordinator Brendan Quirion praised the Governor’s actions, “By providing $2 million in community grants for AIS prevention statewide, Governor Cuomo and the DEC are demonstrating the imperative for unprecedented collaboration, partnership, and concerted commitment in the region and across the state. This investment will pay dividends for years to come as our valued waters continue to provide the recreational enjoyment, economic vitality, and natural splendor as they have for generations,” said Quirion.

Making the case for the strongest prevention program possible was a Memorandum of Understanding, signed by more than 70 public and private Adirondack entities united and committed to mitigate this threat. This was followed by the creation of a Framework Agreement that converts the case into a deliberate structure and set of actions to guide establishment and immediate implementation of an Adirondack AIS Prevention Program. In fact, among the provisions called for in the Framework Agreement is formation of the Advisory Committee now in place.

Member organizations of the Advisory Committee weighed in on the Governor’s funding announcement and congratulated award recipients for their vital role in preventing the spread of AIS:

In commending the NYSDEC on the Governor’s recent announcement, New York Conservation Council President Chuck Parker said “We congratulate the strong collaborative efforts of the Advisory Committee, of which the Council is proud to be a part, and communities within the Adirondack region, for their efforts leading the way for programs to prevent the spread of aquatic species, as a volunteer effort and maintaining access for the people of New York.”

Tom Williams, President of the Adirondack Landowners Association, said “the Association is pleased that so many local government and regional stakeholders have joined in this important effort. Continued cooperation across a wide range of partners and interest groups is critical to our success in fighting the threat of invasive species.”

“We appreciate Governor Cuomo’s support for the efforts of a remarkable coalition of state agencies, local governments, lake associations, and environmental groups working in the Adirondacks to prevent the spread of aquatic invasive species and their harmful effects on our water quality, environment, and economy,” said Adirondack Park Local Government Review Board Executive Director Fred Monroe.

“Invasive species can harm native plants and wildlife, interfere with outdoor recreation and are very costly to remove, when it is possible to remove them,” said Diane Fish, Deputy Director of the Adirondack Council. “Prevention is crucial. Today’s success is the product of APIPP’s leadership and the collaboration of many groups and individuals who created these programs and have helped to sustain them through the state’s Environmental Protection Fund.”

"I want to thank Governor Cuomo and Acting Commissioner Basil Seggos for their great work on these grants! Their commitment to environmental protection, the fight against aquatic invasives, and the Adirondack Park has been remarkable! Plus, the coalition that has come together to combat invasives throughout the Adirondacks is a true demonstration of what can be accomplished through team effort. All of the partners, from the Governor to the individual local governments and Lake Associations, deserve our sincere thanks," explained William G. Farber, Chairman of the Hamilton County Board of Supervisors.

"The long-term health of our Adirondack environment and local economies is reliant on clean lakes. Governor Cuomo and Commissioner Seggos' commitment to combat Aquatic Invasive Species is greatly appreciated, along with our thanks to the many individuals and organizations that have come together in this battle. This second year of funding for boat washing and inspection stations will greatly aid the many volunteer lake associations committed to vibrant lakes and communities," said Brian Towers, President of the Adirondack Association of Towns & Villages.

As an example of financial commitments being made on behalf of these latest grant awards, The FUND for Lake George, another Advisory Committee member, is providing matching grant support of $25,000 for a new inspection and decontamination station that will be sited at the state boat launch to Lake Champlain in Ticonderoga. The station will provide courtesy decontaminations for boats exiting Lake Champlain that is known to have 50 aquatic invasive and non-native species. With The FUND’s backing, the Adirondack Watershed Institute of Paul Smith’s College was awarded an EPF grant of $98,123 to manage this station. “The FUND is deeply proud to be a co-investor in stopping invasive species from ruining the region’s most vulnerable and valuable asset, our pristine waterways,” said FUND for Lake George Executive Director Eric Siy. “The Governor’s leadership on this urgent issue feeds our collective ability to succeed. However, winning the war will ultimately demand augmenting prevention with preemption, taking the fight to its source and stopping invasives before they ever invade State waters. We have an historic opportunity to lead the nation in showing what it will take to win, saving our waters and securing our priceless natural heritage while we still have the chance,” said Siy.

AIS prevention takes on heightened importance as a new State regulation will be taking effect this boating season requiring trailered boats to be clean, drained, and dry before launching anywhere in New York State. A color-coded map of the United States shows that New York is the main point of entry for the spread of invasives across the State and nation, a fact that helped drive adoption of the new regulation.

Critical to program effectiveness is extensive public outreach and education, another key provision of the Framework Agreement. Toward this end, the Advisory Committee is coordinating implementation of a public awareness campaign that combines public service announcements to be aired on many radio stations throughout central and northern New York State, a “Prevent Invasive Species – Clean, Drain & Dry” promotional billboard to be displayed on the northbound side of the Adirondack Northway (I-87-just below the exit 18 rest area), and a widely publicized adkcleanboats.com website where boaters can learn where to receive a free boat inspection and boat wash before launching into Adirondack waters.