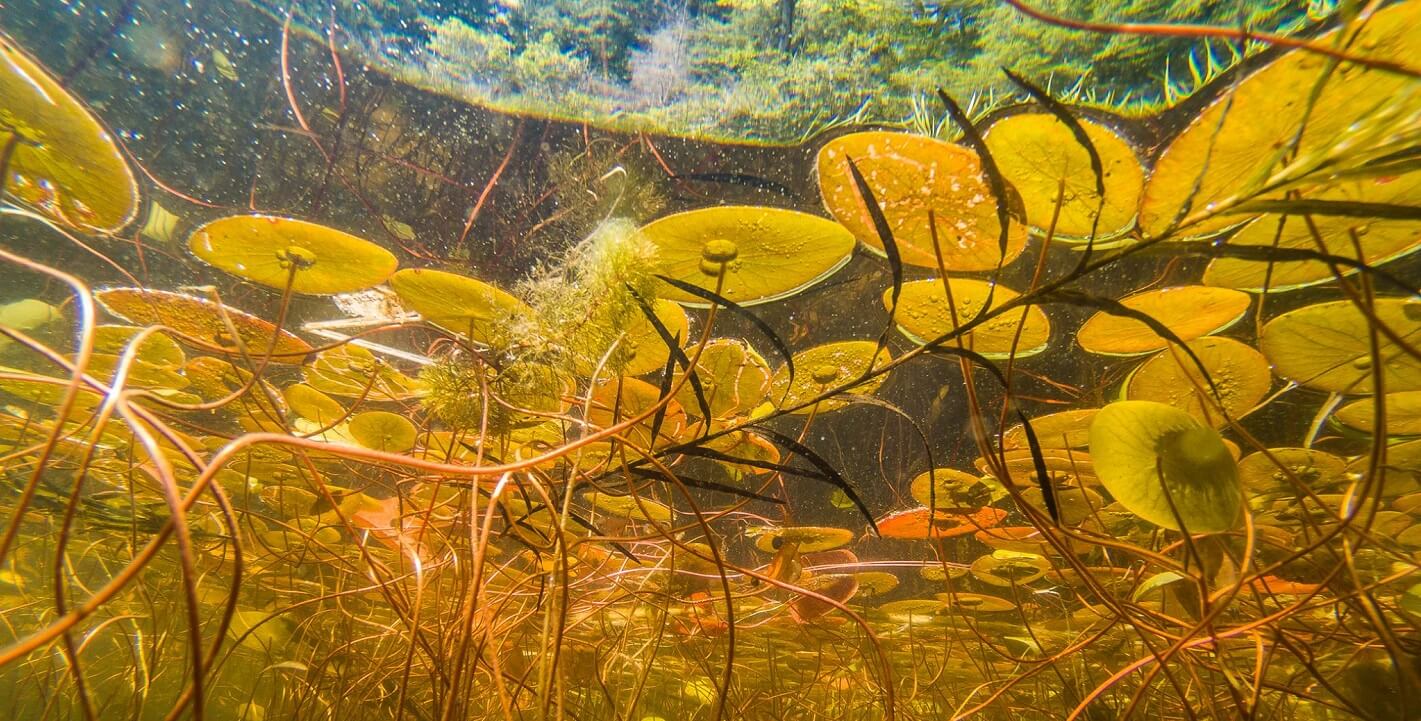 Keene Valley, NY (July 14, 2014) - Spiny waterflea, a tiny invasive species that can have a significant impact on the aquatic food chain of waterways, is spreading in the Adirondack Park. First discovered in the region in Great Sacandaga Lake in 2008, spiny waterflea is also in Stewarts Bridge Reservoir, Peck Lake, Sacandaga Lake and Lake George. Recent surveys detected populations in Hamilton County in Lake Pleasant, which adjoins Sacandaga Lake, and nearby Piseco Lake.

The population of spiny waterflea was detected in Lake Pleasant on June 23, 2014 by middle school students from the Lake Pleasant Central School while conducting plankton tows as part of the Paul Smith’s College Adirondack Watershed Institute (AWI) Watershield Workshop program. Species identification was confirmed by Corey Laxson, AWI Research Associate, in a sample provided by Eric Holmlund, Director of the AWI Stewardship Program. Subsequent monitoring by AWI also revealed spiny waterfleas in Piseco Lake on June 28. As part of efforts to develop a regional response plan, the AWI has initiated a broader surveillance for spiny waterflea in more than three dozen waterways in coordination with the Adirondack Park Invasive Plant Program (APIPP) and others.

There are no known controls for spiny waterflea, which alters the food availability for fish. Adults range from 1/4 to 5/8 inch long. Its long spine makes it inedible for small forage fish, such as the spottail shiner. The spiny waterflea—native to Europe and Asia—eats the small native zooplankton that fish, such as young perch and walleye, feed on, which leads to less food available for native and popular sport fish. In addition, waterfleas degrade recreation by catching on fishing gear and lines, posing a nuisance to anglers. Spiny waterfleas pose no harm to drinking water or human health.

The abundance, connectivity and popularity of Adirondack waterways create a situation ripe for rapid spread of this species. Prevention is critical. Extra precautions, particularly by anglers, should be taken when leaving waterways known to have spiny waterflea. Spiny waterflea and their eggs can be transported easily on fishing lines and anchor lines and through bait buckets and bilge water. To prevent the spread of spiny waterflea and other aquatic invasive species, clean gear and watercraft between waterways by following these steps: Clean, Drain and Dry.

Dry: Allow boats and equipment to completely dry. Drying times may vary. Specific guidance can be reviewed online at the 100th Meridian Initiative website at http://www.100thmeridian.org/emersion.asp. This period of time is needed to completely kill the resting eggs of spiny waterfleas.

If drying is not an option, wash the exterior of the boat and trailer with high pressure water. Use hot water (140°F) for one minute on fishing lines, downrigger cables, anchor lines, bilges and live wells etc. to kill spiny waterfleas and their eggs.

The AWI, APIPP and partners are working with shoreowners, communities and volunteers to develop a prevention, education and monitoring plan to raise awareness about spiny waterflea, its distribution in the region and steps to take to prevent its spread. Community discussions are planned in Piseco Lake later in July and with the Lake Pleasant-Sacandaga Association in August.