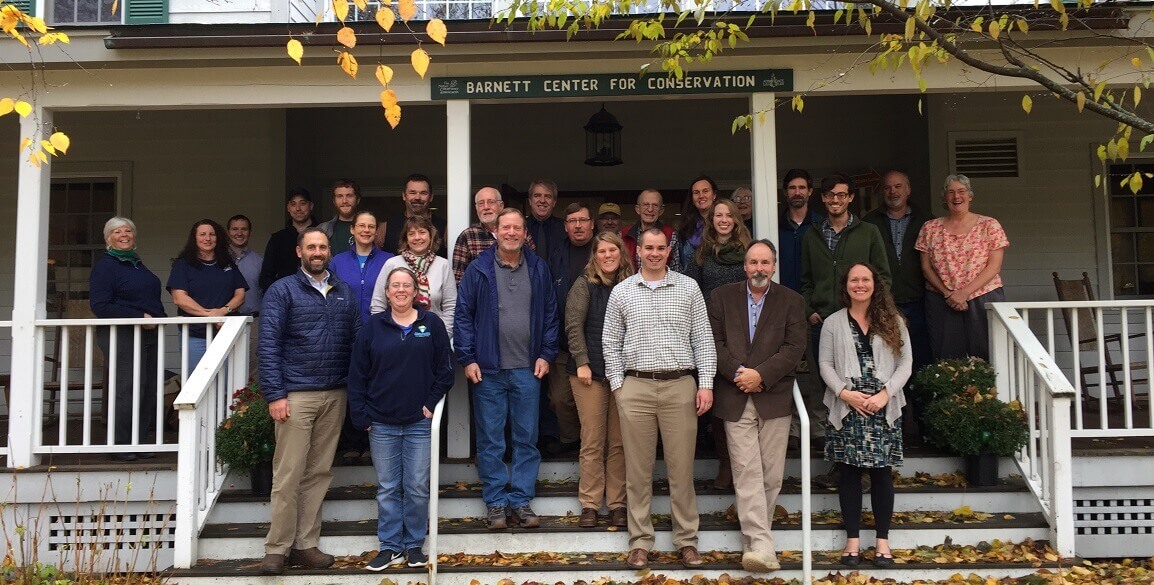 Over 1000 infestations eradicated from the region, but new threats require increased engagement ​

Keene Valley, NY (February 6, 2019) – The Nature Conservancy’s Adirondack Park Invasive Plant Program (APIPP) reflects on the past twenty years leading efforts to protect the region from invasive species - what many believe to be the top environmental threat to the Adirondacks. The program, under a memorandum of understanding between the Adirondack Chapter of The Nature Conservancy, New York State Department of Environmental Conservation (DEC), New York State Department of Transportation, and the Adirondack Park Agency, fosters extensive partnerships and employs innovative strategies to combat invasive plants, animals, and insects. Since its inception in 1998, the program has become a model for other invasive species programs throughout New York State and the country.

With support from partners, APIPP’s decades of hard work are yielding great results for the Adirondacks:

To date, the program has maintained an 87 percent success rate in invasive species eradication attempts. Studies indicate that fewer than 50 percent of eradication projects usually succeed. APIPP has produced two new maps showcasing the program’s reach and progress in protecting Adirondack lands and waters over the past two decades.

“Our team is working tirelessly to ensure that the Adirondacks remains one of the most extraordinary places on Earth,” said Peg Olsen, Director of the Adirondack Chapter of The Nature Conservancy. “The complete removal of over one thousand infestations is a testament to our success and how critical this program is to protecting our natural resources, and the recreation and economic value they provide.”

APIPP now collaborates with more than 30 local and regional partner organizations and countless volunteers committed to protecting the Adirondack region from invasive species impacts. Current and past APIPP staff attribute the program’s success to these strategic partnerships.

"The Adirondack Park Invasive Plant Program is a remarkable example of what can be accomplished when people work together. The program continues to innovate with lasting results at a meaningful scale. Working with APIPP and its partners was an honor and privilege, and one of the highlights of my career," said Hilary Smith, APIPP's former director from 2002- 2014 now Senior Advisor for Invasive Species at the U.S. Department of the Interior in Washington D.C. APIPP’s increased investments in technology and innovation are leading to better solutions. For example, a predictive analysis conducted by APIPP in collaboration with Ryerson University in 2017 identified the Adirondack Northway (I-87) as the primary gateway for the overland transport of aquatic invasive species into the region. APIPP is now leading efforts to incorporate a state-of-the-art boat decontamination station into the recently renovated I-87 Adirondack Welcome Center in Glens Falls – the first station of its kind along a major highway in New York. APIPP also became the first permitted nongovernmental entity to conduct unmanned aerial vehicle assisted surveys for invasive species over the Adirondack Forest Preserve in 2018.

“Over the past two decades, APIPP has successfully led efforts with partners to address many of the most significant invasive species threats facing the Adirondacks. We are extremely proud of what has been accomplished to date, but there is much more work to be done. Ensuring the highest levels of protection will require everyone who loves the Adirondacks to get involved as well as increased commitments from stakeholders and all levels of government,” said APIPP’s current Director, Brendan Quirion.

Despite successes achieved to date, APIPP’s work is far from over. Climate change is exacerbating invasive species impacts and allowing new species that have historically been restricted from the Adirondacks to gain a foothold. As an example, in 2017 the first infestation of hemlock woolly adelgid, an extreme cold-intolerant invasive insect that has devastated eastern hemlock forests across the southeastern United States, was discovered on Prospect Mountain near Lake George. In addition, increased recreational use and tourism in the region is subsequently increasing the likelihood for invasive species to be introduced to Adirondack lands and waters. In 2017, a strand of hydrilla, commonly referred to as one of the worst aquatic invasive plants in the world, was intercepted by boat launch stewards on a vessel hailing from the Potomac River attempting to launch into Upper Saranac Lake. Invasive species are most commonly introduced and spread by people and unfortunately broad awareness of invasive species, their impacts, and what anyone can do to help prevent the spread lags behind other top environmental challenges. In the last ten years, APIPP has reached over 20,000 people at hundreds of different educational events, trainings, and conferences. Staff have trained over 2,200 participants on invasive species identification, surveillance, and best prevention and management practices with an additional 1,300 recruited as program volunteers. These outreach efforts only scratch the surface for what is necessary to drive behavior change among the millions of visitors to the Adirondacks each year. APIPP intends to complement this outreach with targeted public communications to recreational enthusiasts sharing easy ways they can help protect the Adirondacks from invasive species.

Invasive species are non-native plants, animals, and insects that cause harm to the environment and human health and put economically important industries such as farming, forestry, and tourism at risk. According to a 2014 report commissioned by APIPP entitled ‘The Actual and Potential Economic Impact of Invasive Species on the Adirondack Park: A Preliminary Assessment,’ the potential direct economic impact of just eight invasive species, if allowed to spread throughout the Adirondacks, could be between $51 and $56 million annually. Nationally, economic impacts are estimated to be $100 to $150 billion annually.