Norway maple is a fast growing deciduous tree that commonly reaches heights of 40-50 feet, but may grow as tall as 100 feet in optimal conditions. The tree has an oval or rounded crown with a dense canopy. The standard color of Norway maple is green, but many cultivars exist including yellow and deep-purple morphs. Similar in appearance to the native sugar maple, the leaves of Norway maple are simple, opposite, and palmate with 5 lobes. Leaf veins or stalk will ooze a white milky sap when broken, a distinguishing characteristic not present in native maple species. Flowers are small, yellowish-green, and appear in May. They mature into a double-winged samara that ripens in autumn.

NOTE: If you receive a "sign in" message, click cancel to continue. Confirmed observations of Norway maple submitted to the NYS Invasive Species Database. For more information, visit iMapInvasives

Norway maple is frequently cultivated in urban and suburban environments. Plants escape into adjoining natural areas via wind dispersed seeds. The tree is well adapted to a variety of site conditions and can be found in forests, along riparian corridors, in forested wetlands and right-of-ways.

Do not plant Norway maple. Small plants can be removed by hand pulling or digging. Larger or mature trees can be cut down, girdled, or treated with herbicide. Glyphosate can be used for cut stump or hack & squirt treatments, while triclopyr is effective for cut stump, basal bark, or hack & squirt techniques. 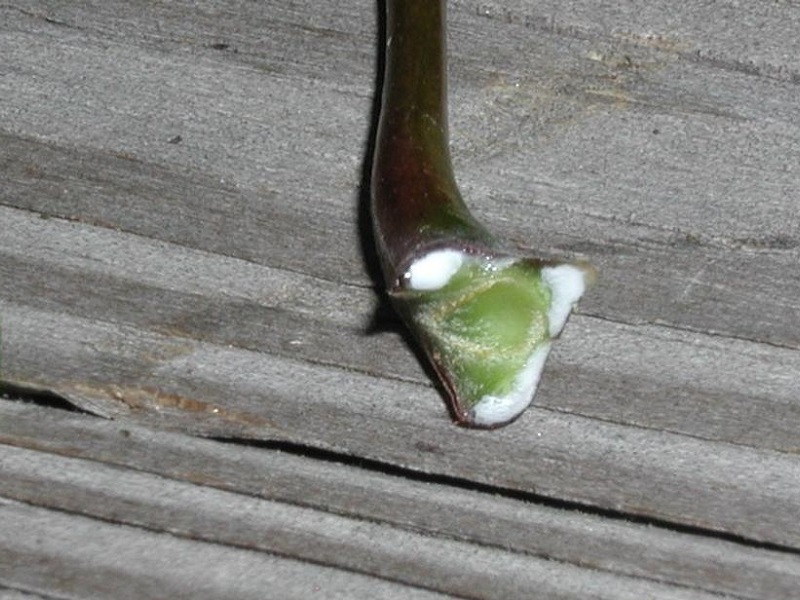 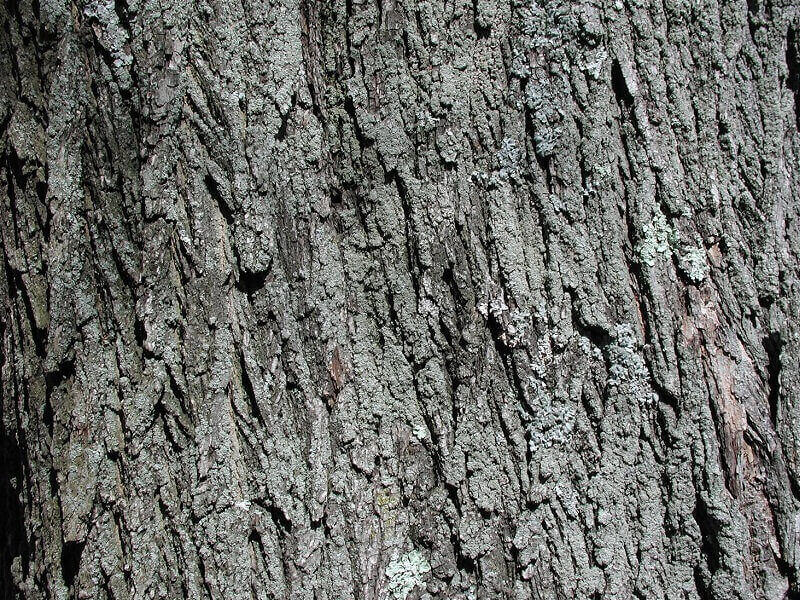 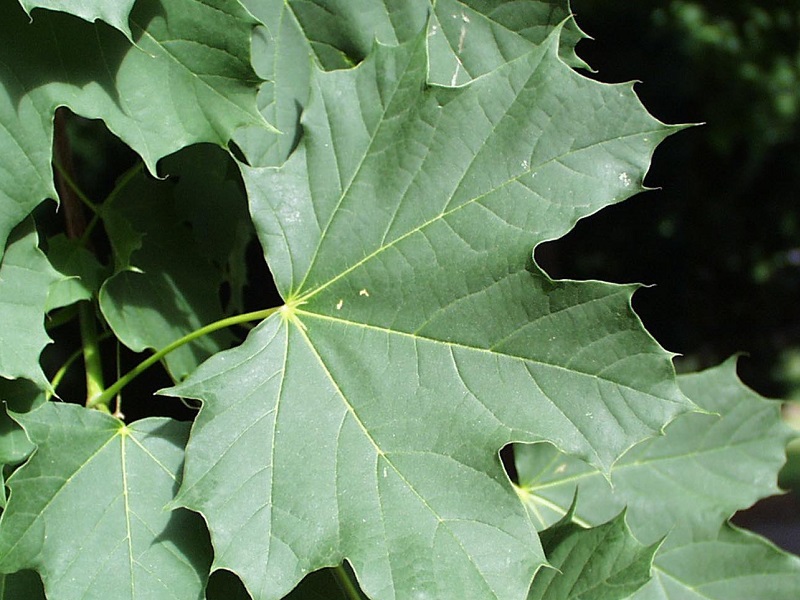 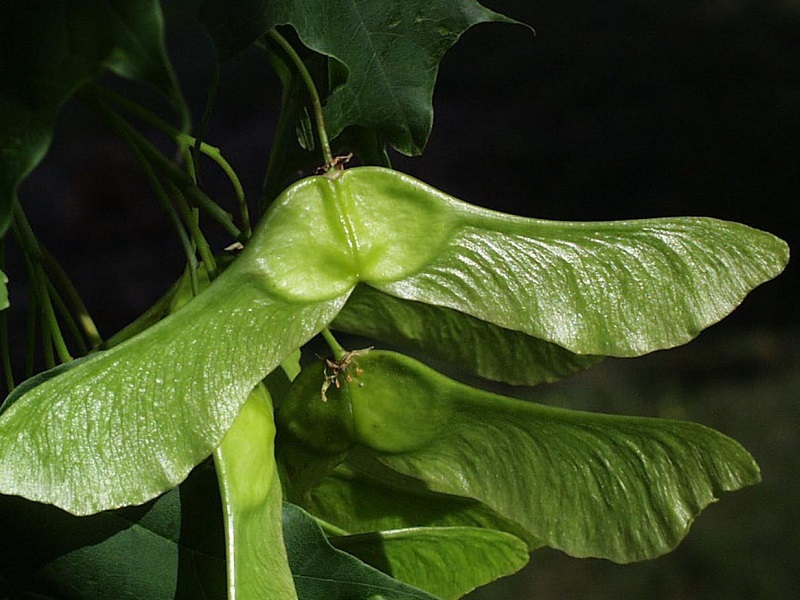 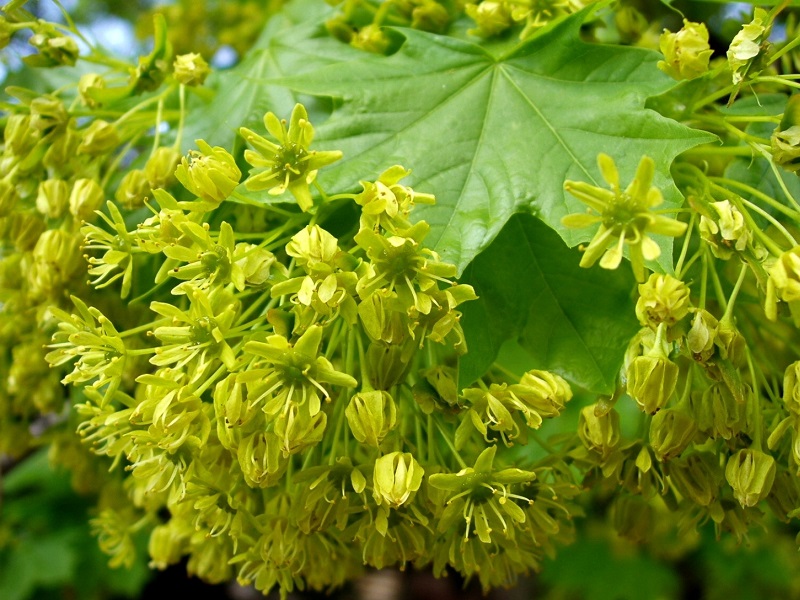 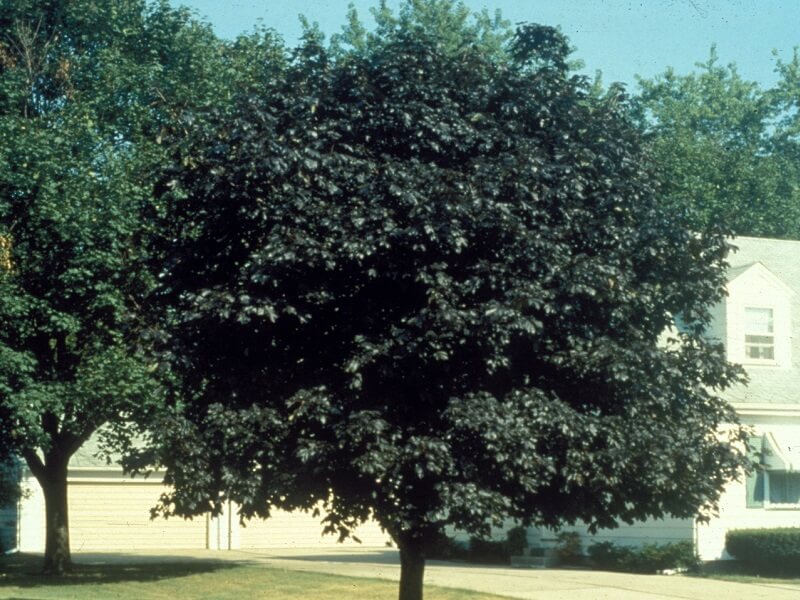 Have you spotted Norway maple in the Adirondack PRISM? We want to know.