Bush honeysuckles are invasive deciduous shrubs that grow up to 20 feet tall. There are three species of bush honeysuckle common in the region including tartarian (Lonicera tatarica), Morrow’s (Lonicera morrowii), and Amur (Lonicera maackii). All species are similar in appearance, with simple, opposite, oval-shaped leaves. Plants bloom in May and June, producing fragrant white or pink flowers. Berries are round, fleshy and red. The center of twigs on invasive bush honeysuckles are hollow, a trait that distinguishes the invasive species from their native look-alikes.

There are several native species of Lonicera spp. but most grow as vines, not shrubs.

Bush honeysuckles grow best in full sunlight, often establishing along forest edges, in canopy gaps, abandoned fields, pastures, and along right-of-ways. Morrow’s honeysuckle has a higher tolerance for moist soil and can be found in wetland habitats.

Frequently utilized as an ornamental species, bush honeysuckles escape cultivation via bird and animal dispersed seeds. One of the first species to leaf out in the spring, bush honeysuckles have a competitive advantage over native shrubs and herbaceous plants. Dense thickets crowd and shade out native vegetation. Severe infestations can create an environment more favorable to ticks.

Mechanical - small plants can be removed with a shovel or weed wrench. The entire root system must be removed to prevent resprouting. Remove plants before fruit production to minimize additional spread.

Chemical - selective herbicide applications can be used to control larger individuals or infestations. Glyphosate can be applied as a foliar spray or cut stem application. For best results, treatments should be performed during periods of active growth and full leaf expansion. Triclopyr based products can be used as a basal bark spray. Always consult and follow the herbicide product label. 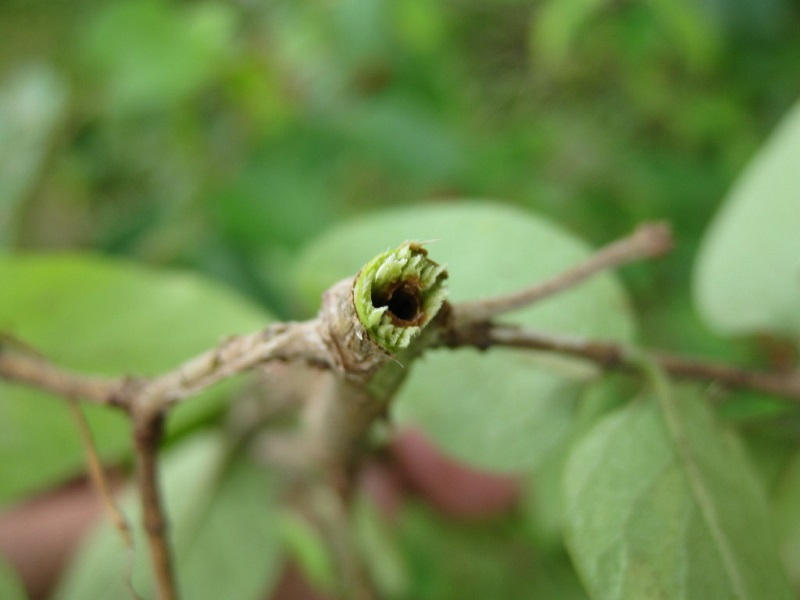 Have you spotted Bush honeysuckles in the Adirondack PRISM? We want to know.